Bring on the Wings! Wayne Farms to Support Huntsville's 13th Annual Battle of the Buffalo Festival 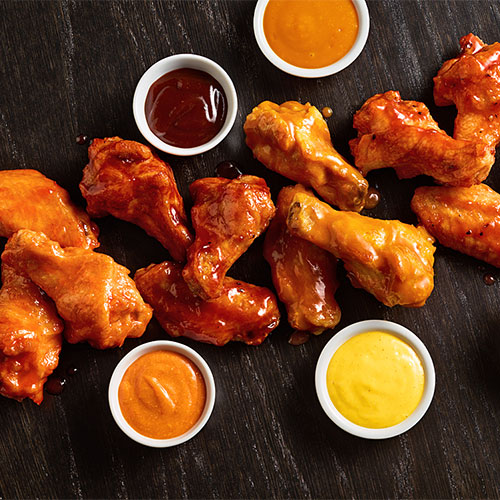 Local personalities will join Wayne Farms Research Chef Beau Batchelor to serve as judges for the “Tastiest Wings in the Tennessee Valley” contest with submissions from chefs, restaurants and amateur wingmasters from across the region. The annual Battle of the Buffalo Wing Festival cancer fundraiser was started by University of Alabama Huntsville’s Theta Pi Chapter of the Alpha Tau Omega Fraternity in honor of their late fraternity brother Paul Salmon, who succumbed to leukemia in 2007. Totally supported by sponsors and donations, the annual event has become a springtime staple in this north Alabama city. The festival brings thousands of locals and visitors alike downtown to Big Spring Park to enjoy tasty wings and food, live music, games and the 5k Salmon Run, all to champion cancer research and provide support to cancer victims.

“We’re proud to do our part for such a worthy cause,” said Batchelor, who spends his days as a corporate research chef and food scientist overseeing development of new products, ingredients and recipes for Wayne Farms customers, some of the nation’s largest restaurant, food service and retail brands. “And if I have to eat more than my share of wings to support this, I’m committed to do just that,” Batchelor joked.

Wayne Farms is a long-time supporter of community causes throughout the company’s southeastern US operating region. Employee and corporate donations support a variety of national, regional and local charities including Relay for Life and American Cancer Society fundraisers like the Huntsville Wing Festival and Decatur’s Relay for Life Golf Tournament benefitting the American Cancer Society.

Over the years, the Huntsville event has raised more than $200,000 for the Russel Hill Cancer Foundation and $30,000 for the HudsonAlpha Institute for Biotechnology. Last year’s round, the Battle of the Buffalo brought together more than 3,000 community supporters, serving up nearly 50,000 wings and raising some $20,500 for Russel Hill and $8,700 for HudsonAlpha. All donated funds go to cancer research, treatment and to provide financial support to terminally-ill patients in the form of transportation, prescription assistance and other critical needs.

ABOUT BATTLE OF THE BUFFALO

Battle of the Buffalo is a non-profit organization that exists to reduce the effects of cancer on families within the communities of Huntsville, Madison County, and the North Alabama area. The organization was founded in 2009 by the brothers of the Theta Pi Chapter of the Alpha Tau Omega Fraternity in honor of their late brother Paul Salmon, who passed away from Leukemia in 2007. Each year, Battle of the Buffalo hosts an annual chicken wing festival and 5k in Downtown Huntsville to raise awareness of the continuous fight against cancer through treatment, support, and research from Clearview Cancer Institute, Russel Hill Cancer Foundation, and HudsonAlpha Institute for Biotechnology, raising over $200,000 to date. For more information visit https://battleofthebuffalo.org/.