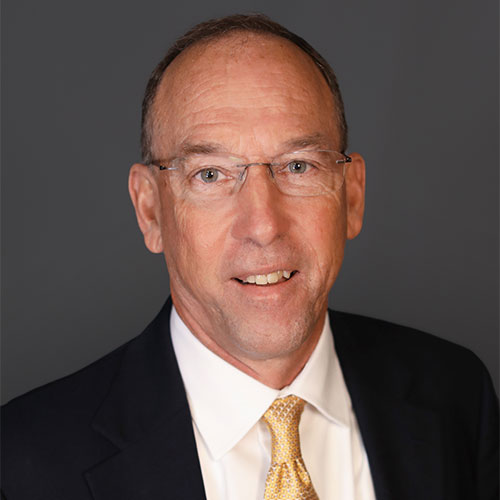 OAKWOOD, GA. (SEPTEMBER 27, 2022) – Wayne-Sanderson Farms’ senior vice president and general manager of retail, Bob “Pic” Billingsley, has been inducted into the Mississippi Poultry Association’s Hall of Fame during the association’s 85th annual convention. With this induction, Billingsley becomes the 36th member of the Mississippi Poultry Hall of Fame, which is comprised of individuals who contributed to the growth of the poultry industry as the state’s largest agricultural commodity.

“It is an honor to be inducted into the hall of fame where many accomplished industry leaders have been recognized for their contributions to advancing the poultry industry in the state of Mississippi,” said Billingsley. “Serving the association as a chairman and member of the board of directors for many years makes this award even more meaningful.”

Billingsley has been a member of Wayne-Sanderson Farms’ senior leadership team since its inception in July as an industry leader and the nation’s third-largest poultry producer. Prior to the acquisition of Sanderson Farms and merger with Wayne Farms, Billingsley was an employee of Sanderson Farms for over 38 years, including serving on the company’s executive committee for over three decades.

During his tenure at Sanderson Farms, Billingsley oversaw site selection, design and construction for the last eight state-of-the-art poultry complexes the poultry producer built. In addition to his role in development and engineering, he served on the company’s corporate compensation committee and crisis management committee.

“Wayne-Sanderson Farms is proud to have a member of the company’s senior leadership team inducted into the Mississippi Poultry Association’s Hall of Fame,” said Clint Rivers, Wayne-Sanderson Farms president and chief executive officer. “Pic has been committed to growing the poultry industry for nearly 40 years now, so this honor is very much deserved.”

Founded in 1937, the Mississippi Poultry Association is based in Pearl, Mississippi and promotes the health of the state’s poultry flock through educational seminars for their members while seeking to educate the public and government officials about the value of the poultry industry to the state of Mississippi. Since 1973, individuals inducted into the hall of fame are selected by a committee of previous inductees in an effort to honor the individuals’ work to promote the Mississippi poultry industry.

As his extensive background demonstrates, Billingsley is no stranger to the poultry industry and has dedicated nearly four decades of his career to the success of it, including serving on the board of directors for the Mississippi Poultry Association and serving as the association’s chairman for four terms.

In addition to serving the industry on the state level, Billingsley has also served on the board of directors for the U.S. Poultry & Egg Association. Earlier this year, the U.S. Poultry & Egg Association named Billingsley the recipient of their annual Lamplighter Award, which pays tribute to individuals demonstrating sustained and exemplary service to the poultry and egg industry.

A graduate of Delta State University, Billingsley earned an accounting degree and a Masters of Business Administration degree before joining the poultry industry shortly after graduation. Since earning his degrees, he has been inducted into the university’s hall of fame as an honored graduate.

Outside of the poultry industry, Billingsley is also avidly involved in educational initiatives and civic organizations. Currently serving on the Laurel Airport Authority’s board of directors, he has served many board appointments for the Association for Excellence in Education, the Salvation Army and the Laurel/Jones County Dixie Youth Baseball Association. As a result of his contributions to these organizations, Billingsley was awarded the Jones County School District Parent of the Year and the Robert E. Gaddis Education Award.