Raising a Flock is a Family Affair 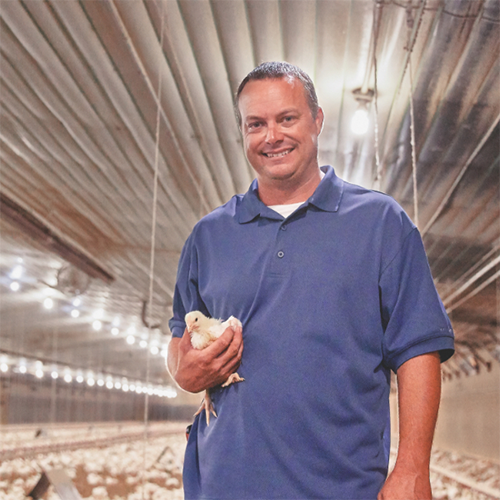 To hear Scott Shelley tell it, farming has always been part of who he is.

“It’s always been in my blood, I reckon, and it’s something I’ve always wanted to do. Just knowing that we’re doing our part and that we’re doing what we can to help feed everybody is very rewarding,” Scott said.

Scott has been farming on his own nearly a decade, but it’s definitely a family affair. Together with his wife and four children, there’s always plenty of work to be done around the farm.

Scott has raised both conventional (no antibiotics ever) flocks as well as GAP-rated flocks, with four houses containing as many as 40,000 birds each.

“The biggest misconception with consumers is the way that chickens are treated. Our grow-out houses have a lot of room inside. There’s plenty of room when we walk through for them to roam around. When we turn them out into the whole house, we’ll set the huts up. They really flock to them because it’s something new. We also have a good grasp on the climate, so we can make the birds as comfortable as possible inside and keep it to 80 degrees when it’s 110 outside. They have feed and water at their disposal — as much as they want — so I think it’s important to stress that we’re treating the birds very well.”