Get to know the different parts of the chicken — with some cuts and flavor profiles being better suited to certain recipes and preparations than others. 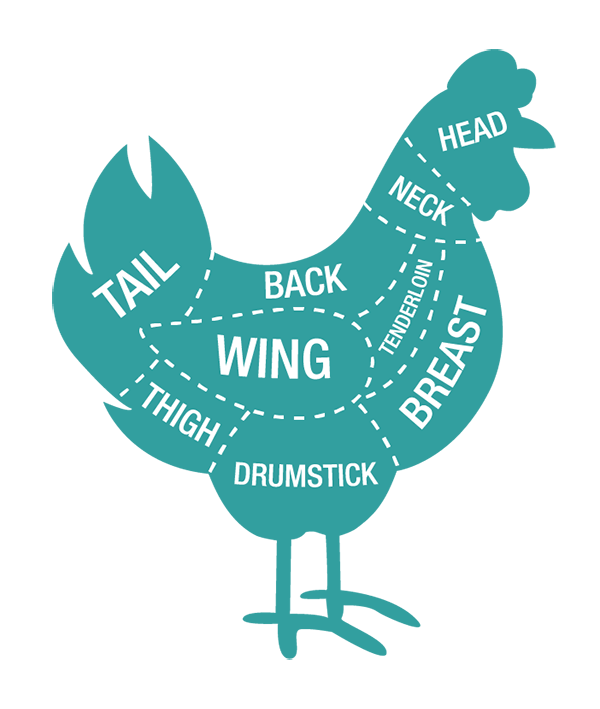 Refers to the front half of a bird including the breasts, tenderloins, and wings.

Refers to the back half of a bird including the thighs, legs and feet.